After obtaining his Masters Degree in Electrical Engineering in 1970 at Eindhoven University of Technology in The Netherlands, Jan Dietz worked as practitioner in the field of automation and information systems. He (co)developed advanced production control systems, a revolutionary computer accounting system, and a terminal-based, interactive theatre reservation system.

In 1980 he returned to academia, where he obtained his Doctoral Degree on the subject of modeling and specifying information systems in 1987. Right after that, he was appointed Professor of Management Information Systems at the University of Maastricht in the Faculty of Economics and Business Administration, where he started the development DEMO (www.demo.nl). From 1994 till 2009 he has been full Professor at the TU Delft in Information Systems Design. In September 2009 he became emeritus professor of this chair. Since 2010 he is part-time professor in Enterprise Engineering at the TU Delft.

His research and educational interests have always been in modeling, (re)designing and (re)engineering organizations, and in designing and engineering advanced ICT-applications to support them. In this area he has supervised over 300 Master Theses and 15 Doctoral Theses. Jan Dietz has been involved in developing and lecturing numerous courses inside as well as outside academia, and he has published over 250 scientific and professional papers as well as several books.
He has been the Dutch national representative in IFIP TC8 (Information Systems) for many years and is still member of IFIP WG8.1 (Design and Evaluation of Information Systems). He has held several commissionerships and he has been chairman of the Dutch national professional association of informaticians (VRI), and vice-chairman of the Netherlands Architecture Forum (NAF). Next to that he is (or has been) member of the editorial board of several journals and of the program committee of numerous conferences. He is editor-in-chief of the Springer book series on Enterprise Engineering, as well as of the sub series Advances in Enterprise Engineering of Springer’s Lecture Notes in Business Information Processing. 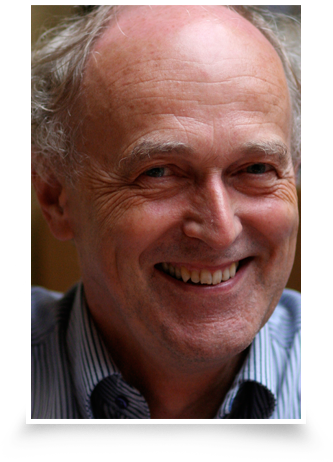 Who is Jan Dietz?

Jan Dietz is the spiritual father of DEMO (Design & Engineering Methodology for Organizations). He is co-founder and honorary chairman of the Enterprise Engineering Institute (www.ee-institute.org) and he has participated in numerous practical DEMO-projects regarding (re)designing and (re)engineering organizations. His current interests concern the development of the emerging field of Enterprise Engineering, for which he has set up an international network, called the CIAO! Network (www.ciaonetwork.org). It comprises universities, polytechnics, and research institutes from all over the world.